Yesterday, whilst out doing a ‘bit of shopping,’ I noticed something I had not seen in all the time I had lived in the Inverness area - a wee beautiful Sphinx, looking down upon me from above. It escapes me how I have not noticed this quintessentially Egyptian symbol before, call it ignorance on my part, for at the front of Inverness Railway Station, in Station Square, there stands a rather imposing war memorial commemorating the losses sustained by the Queen’s Own Cameron Highlanders, the 79th Regiment, in consecutive campaigns in Egypt and Sudan. 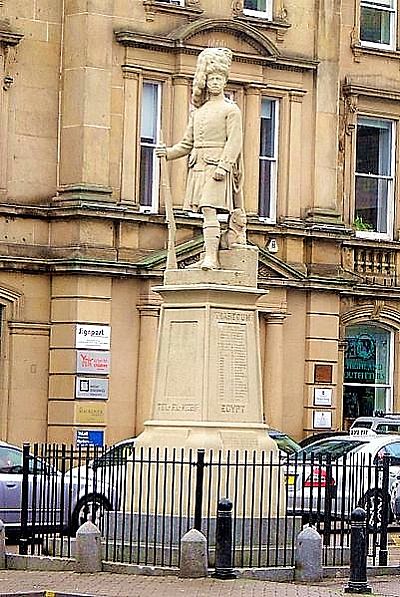 Carved in Portland stone, by the London based sculptor George Edward Wade, the memorial shows a figure of a Cameron Highlander, who stands proudly with a rifle in one hand, the butt of which rests on the ground, and a figure of a Sphinx resting on a step behind his feet. The monument was built to honour the men who were lost in battle during the period 1882 to 1899. In total the names of 143 officers and men are commemorated including, sadly, the name of one boy soldier. 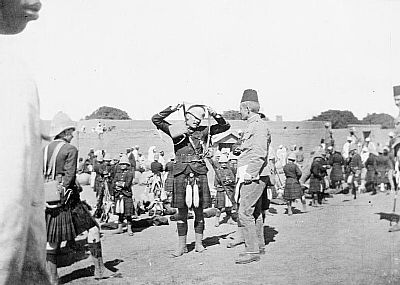 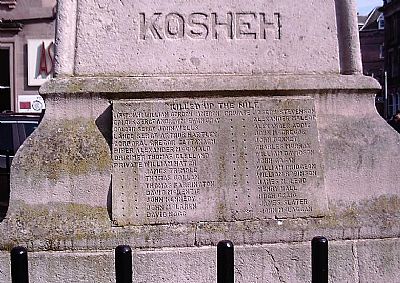