What is The Difference Between a Cemetery and a Burial Ground and/or Churchyard?War Graves Week: Hero of RimauInverness War Memorial - Inverness, ScotlandBook Review: Burial and Death in Colonial North America - Exploring Interment Practices and Landscapes in 17th century British Settlements by Robyn LacyThe Robertson of Inshes Mausoleum - Inverness, ScotlandIndex 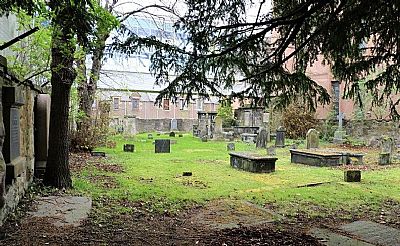 Tucked away on a small side thoroughfare, known as Friar’s Street, you will find the remnants of one of Inverness’ most overlooked burial grounds, namely Blackfriars. It is sited within the grounds of an old medieval Dominican friary, this particular religious order was more commonly referred to as BlackFriars due to the dark colouring of their robes. Founded by King Alexander II in 1233, the friary is believed to have been dedicated to St. Bartholomew, one of the twelve apostles, and destroyed/secularised sometime after the Reformation of 1560.  A charter of 1559 records how the BlackFriar's moveable property was placed in magisterial custody for safekeeping, but after the Reformation said property conveniently disappeared. 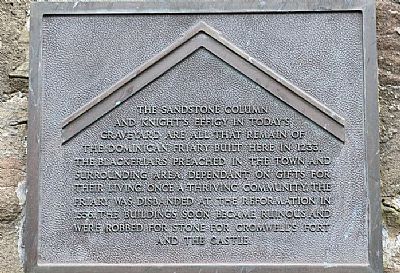 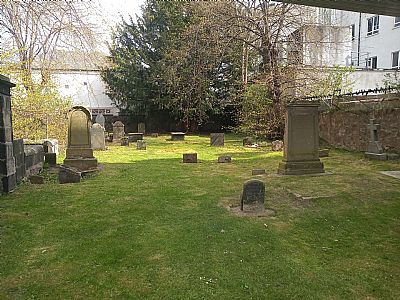 Little remains of the monastery today, only one solitary octagonal column of ashlar masonry has survived, the remainder of the building was destroyed by Oliver Cromwell circa. 1653, when the stones were carried away to build a citadel at the north end of the town. Measuring 0.7 metres in diameter, with the remains of a springing arch 2.4 metres above ground level, it is estimated that the total height of the column was originally around 3.5 metres. 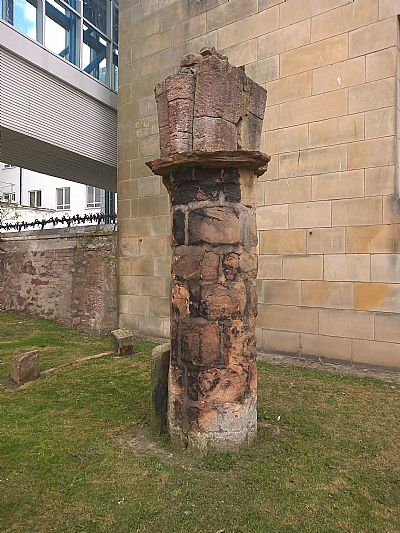 The Last Remnanat from the Medieval Friary

Amongst a variety of nineteenth century stones there are several exceptional gravemarkers within the confines of the burial enclosure wall. The first is another remnant from the medieval period; an almost life-size effigy of a knight in armour, albeit somewhat eroded, sited in the south boundary wall. This is rumoured to be Alexander Stewart, Earl of Mar (c. 1375 – 1435). Stewart is best known as the victor at the Battle of Harlaw in 1411, where he saved Aberdeen from an attack by Donald, Lord of the Isles. Stewart later served as Sheriff of Inverness and died here in 1435. Other memorials include a very worn seventeenth century gravestone, sited at the base of the ashlar pillar, plus a few delightful Memento Mori markers (see below) 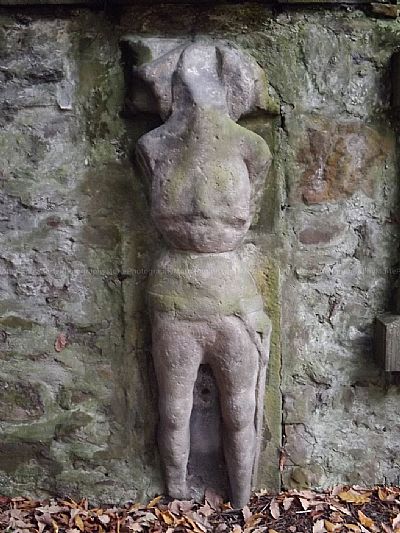 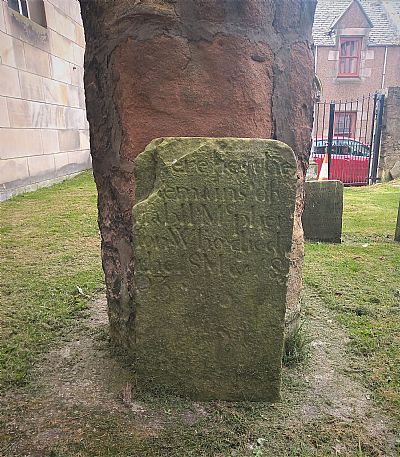 Seventeenth Century Gravemarker Sited at the Base of Medieval Ashlar Pillar 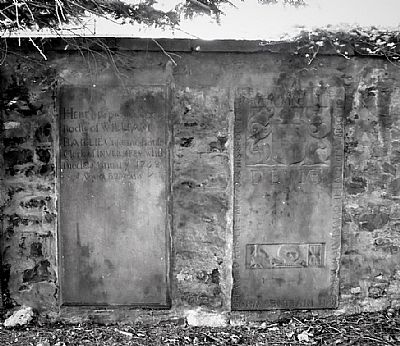 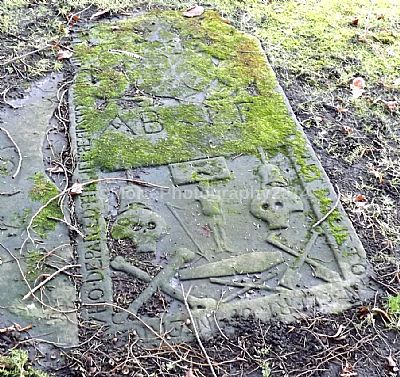 To the north of the burial ground there is a small enclosure of table tombs dedicated to the Chisholm family, including that of William Chisholm, once Provost of Inverness and younger brother of The Chisholm of Chisholm. Born on the 14th February 1717, the second son of Roderick Chishom, 21st The Chisholm, William was a doctor by trade. The remaining memorials are dedicated to Colin Munro Esq. and his family. 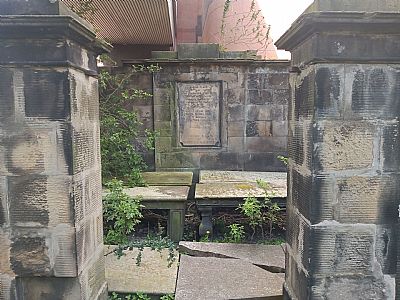 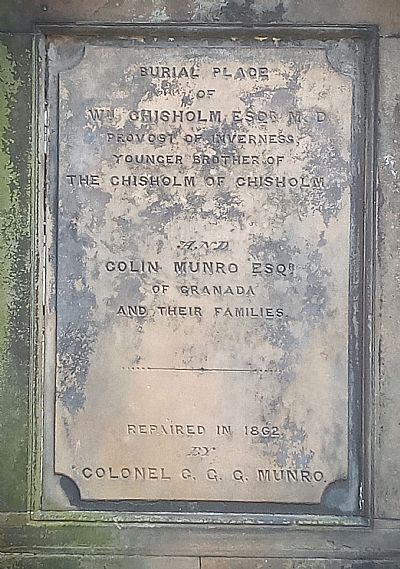 Burial Plaque of Chisholm and Munro

According to local stories the site of Blackfriars has a history of ghostly shenanigans with two spectres making their presence known on multiple occasions. One is the ghost of a medieval friar, who has been seen wandering throughout the burial ground by workers in the adjacent telecommunications building. The second is supposedly that of a lady, dressed in black robes, who haunts the aforementioned building at regular intervals.

The site of the Friary was Scheduled by Historic Scotland in 1996, with amendments made in 2006 to include the effigy of the knight. For those who are interested, a full report is lodged with Highland Sites and Monuments Record (SMR) and the National Monuments Record of Scotland (NMRS).